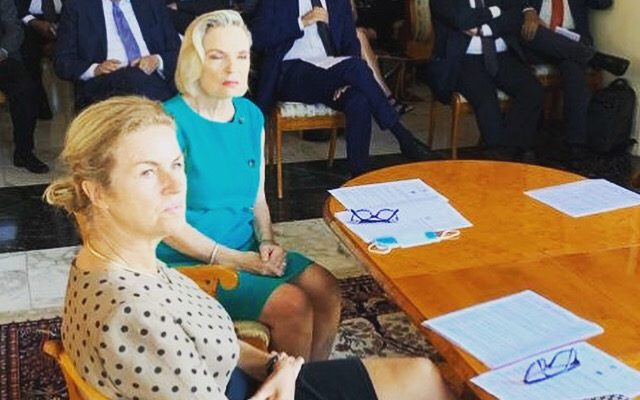 Below is my speech on AI and consumer protection during the webinar organized by the Polish Embassy in Italy, in collaboration with the European Commission, ICOM and the Diplomacy Festival

Thanks for this afternoon together exploring the potential of Artificial Intelligence in our economy and in our society in general.

As a long-time defender of consumer rights, I find that the intersection between artificial intelligence and consumer rights is one of the areas most rich in food for thought.

I would like to start my brief speech with a story that takes us back to 2013, seven years ago.

In 2013 Amazon obtained a US patent for a new business model called “Anticipatory shipping”, based on the idea that, at a certain moment in time, predictions made by Artificial Intelligence will become sufficiently accurate that it will become more profitable for amazon to ship you the goods that It predicts you will want rather than wait for you to order them.

Even if this scenario sounds a little bit dystopic (and we’re still far away from it, because at the moment the AI accurately predicts what we want to buy about 5% of the time), it expresses all the potential and the dangers in the relation between Artificial Intelligence and consumers rights.
AI has provided technologies with which to exploit the wealth of consumers’ information so as to better target individuals. In particular, machine learning has enabled traders to grasp correlations between consumer data (purchases, sites visited, likes on social networks) and possible responses to ads. The ability to predict consumers’ reactions provides traders with the ability to trigger such reactions through appropriate ads and other messages. This ability could morph into manipulation, as consumers’ responses could be based on irrational aspects of their psychology, on a lack of information, or on a situation of need.

With this in mind, it seems most appropriate to underline how the Italian AI Strategy pays particular attention to safeguarding the rights and interests of consumers in two ways. On the one hand, in the search for a solid legal framework that guarantees them from new abuses or manipulations that may possibly be perpetrated through artificial intelligence applications. On the other hand, conversely, in stimulating companies and developers to put an emphasis on those AI applications that can bring tangible benefits to end users, citizens and our society in general. Without a wide and widespread trust, artificial intelligence will never reach its full potential and then, as stated in the document: “an anthropocentric approach to artificial intelligence cannot be separated from the protection of the individual as consumer and user”.

More concretely, there are at least 4 specific policy recommendations worthy of attention:

In the end, even though the risks that AI poses to consumers are significant, no less important are the opportunities opened up by AI. We must escape from dystopian and technophobic visions of the future. Technology is always an opportunity and not a threat. All we have to do is manage it and regulate it properly. Thanks for your attention.